Expanding the range of sustainable materials 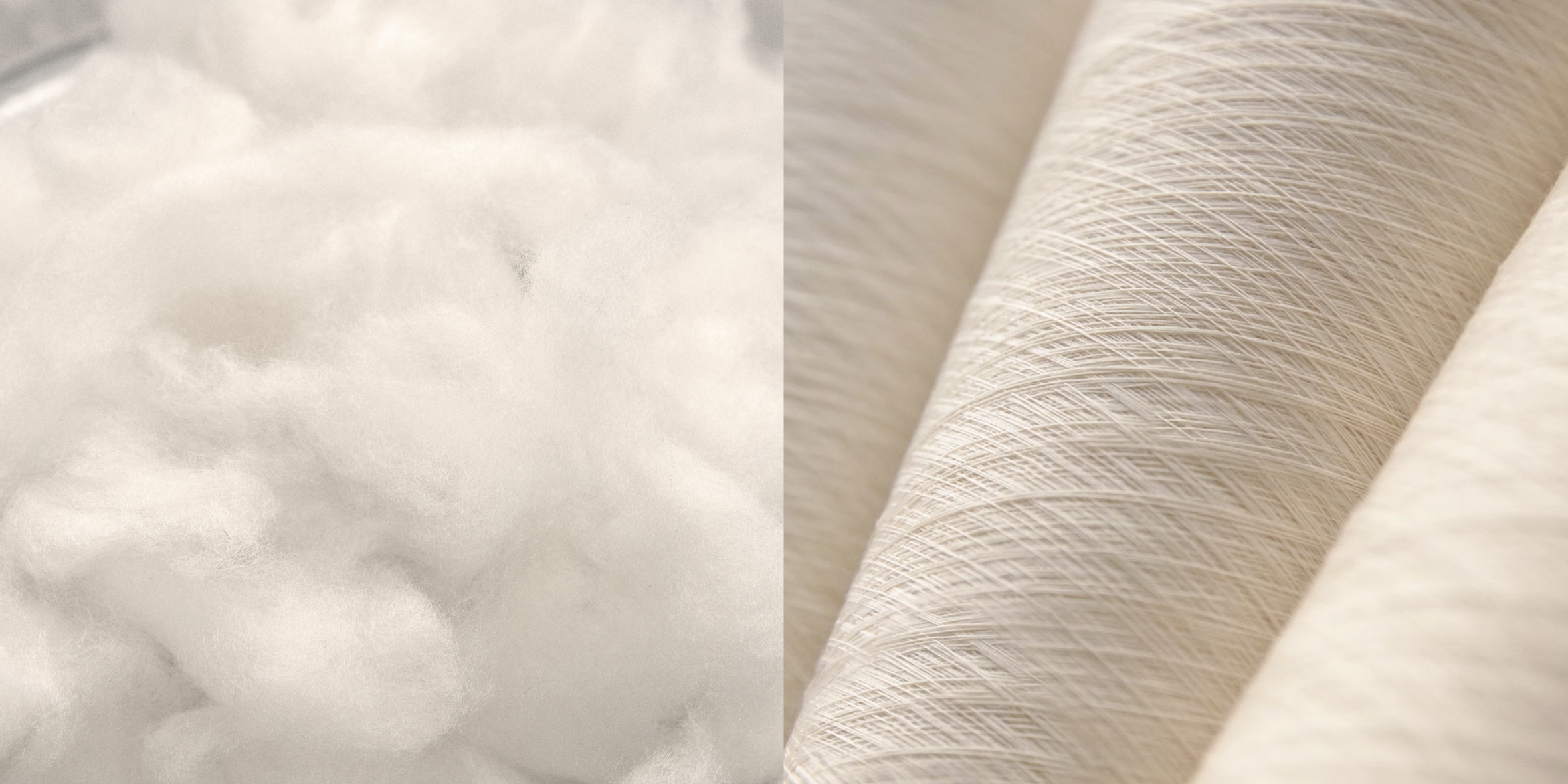 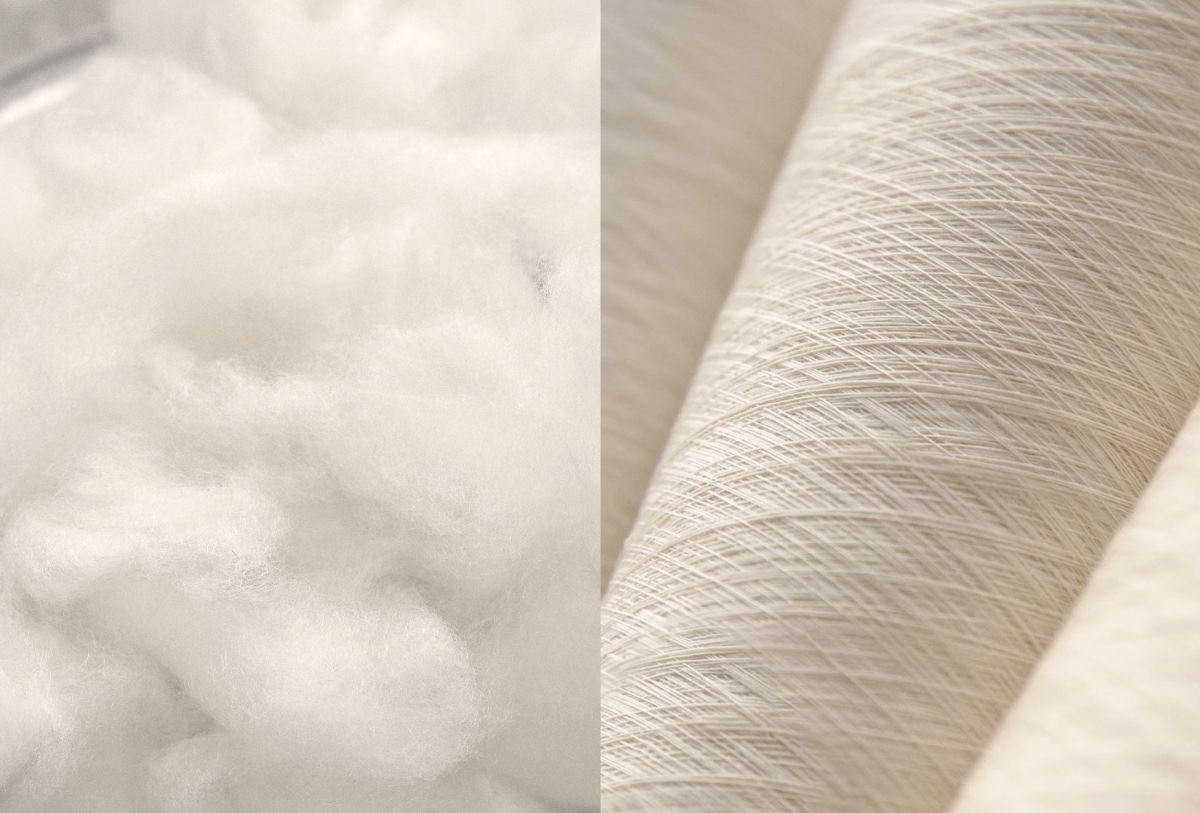 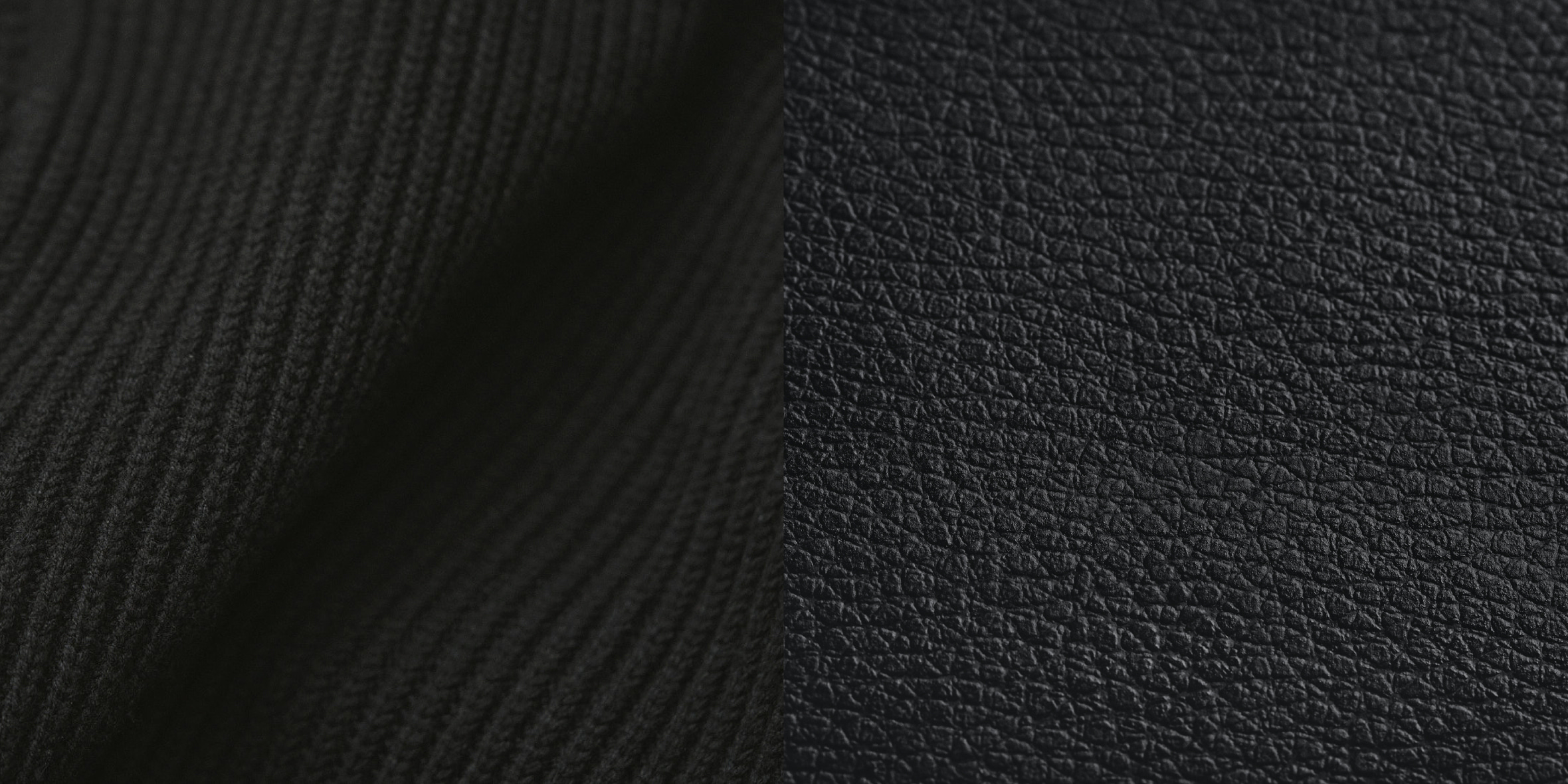 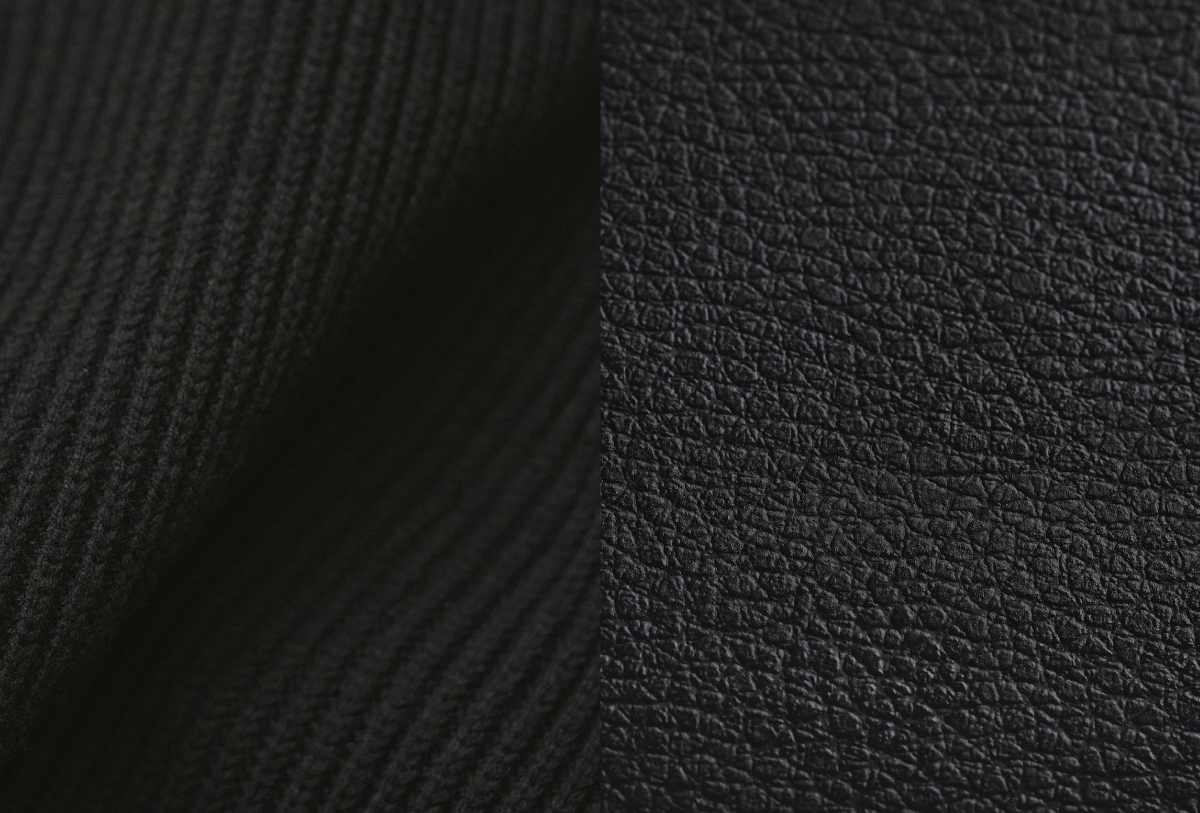 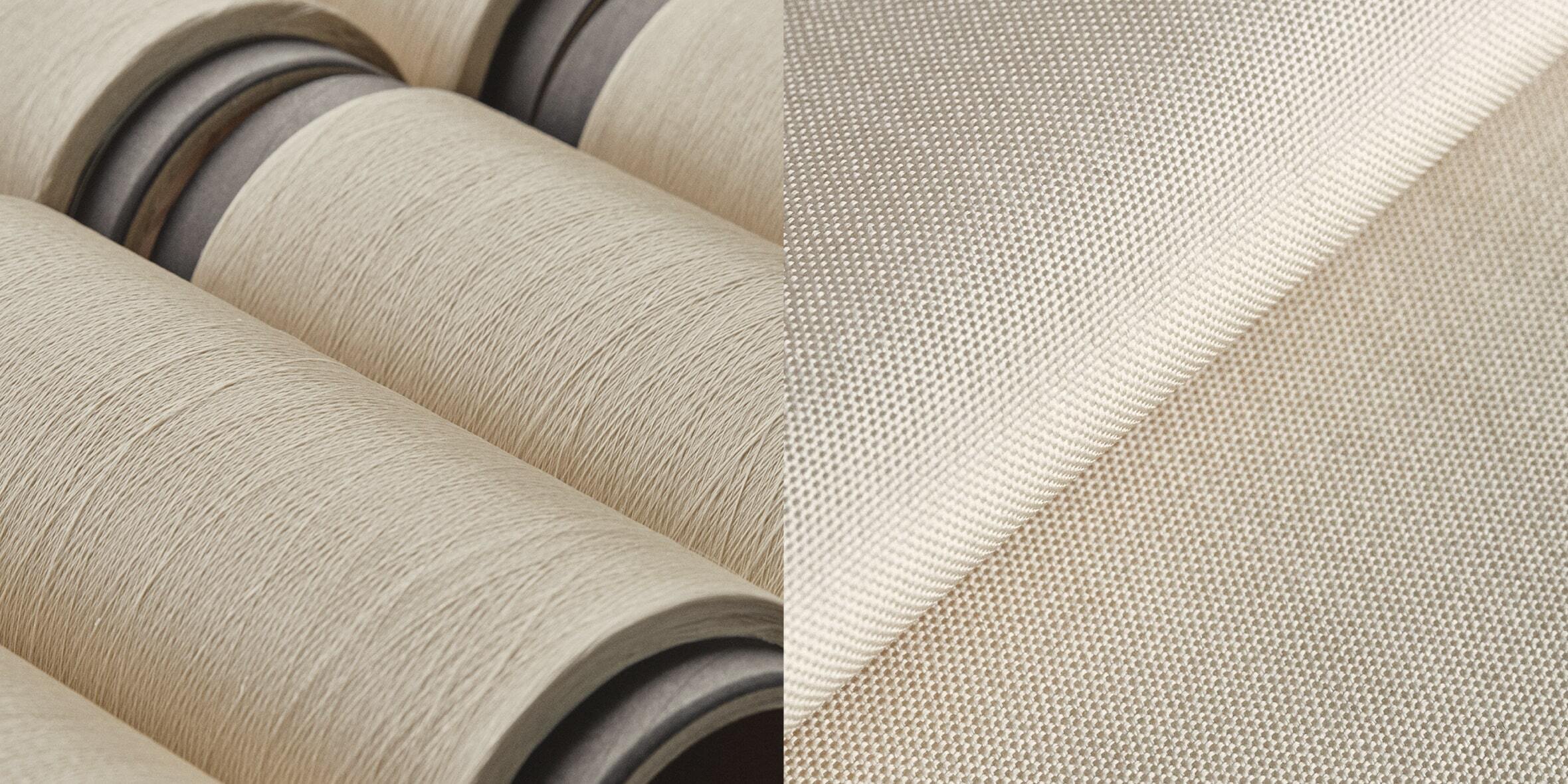 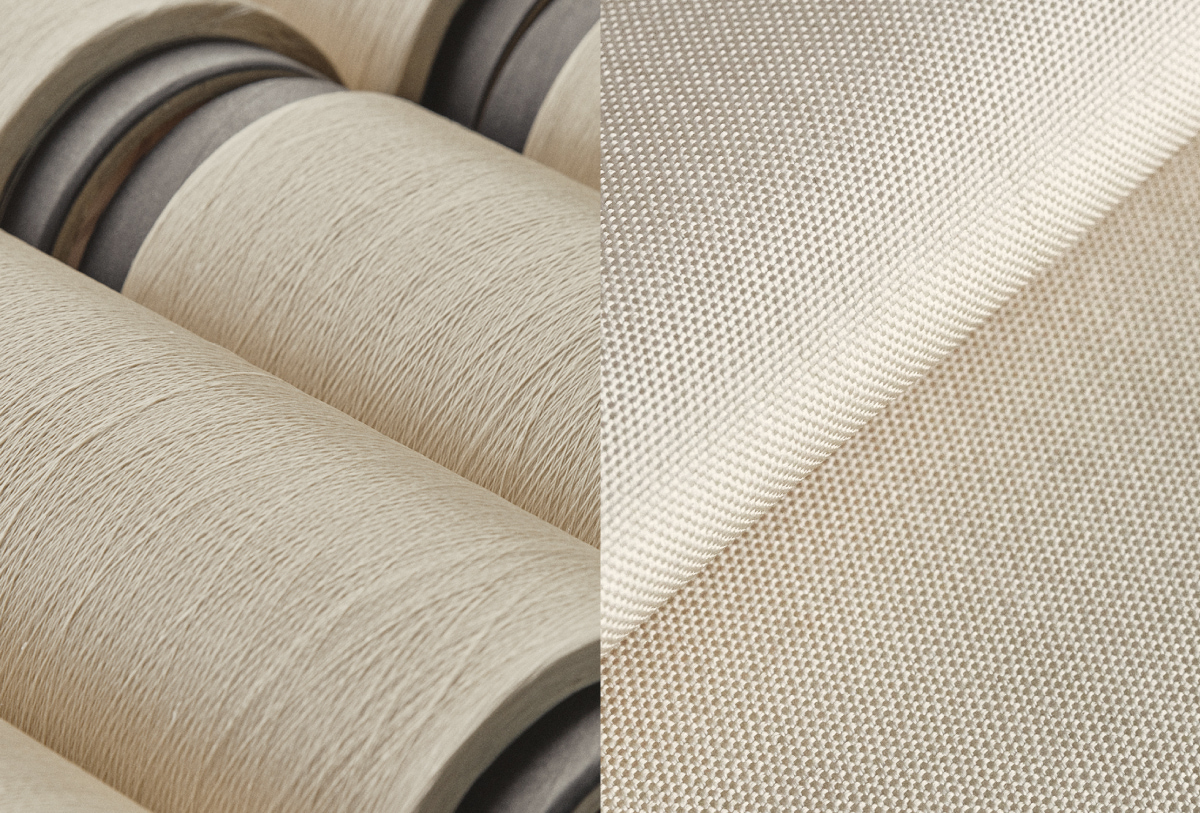 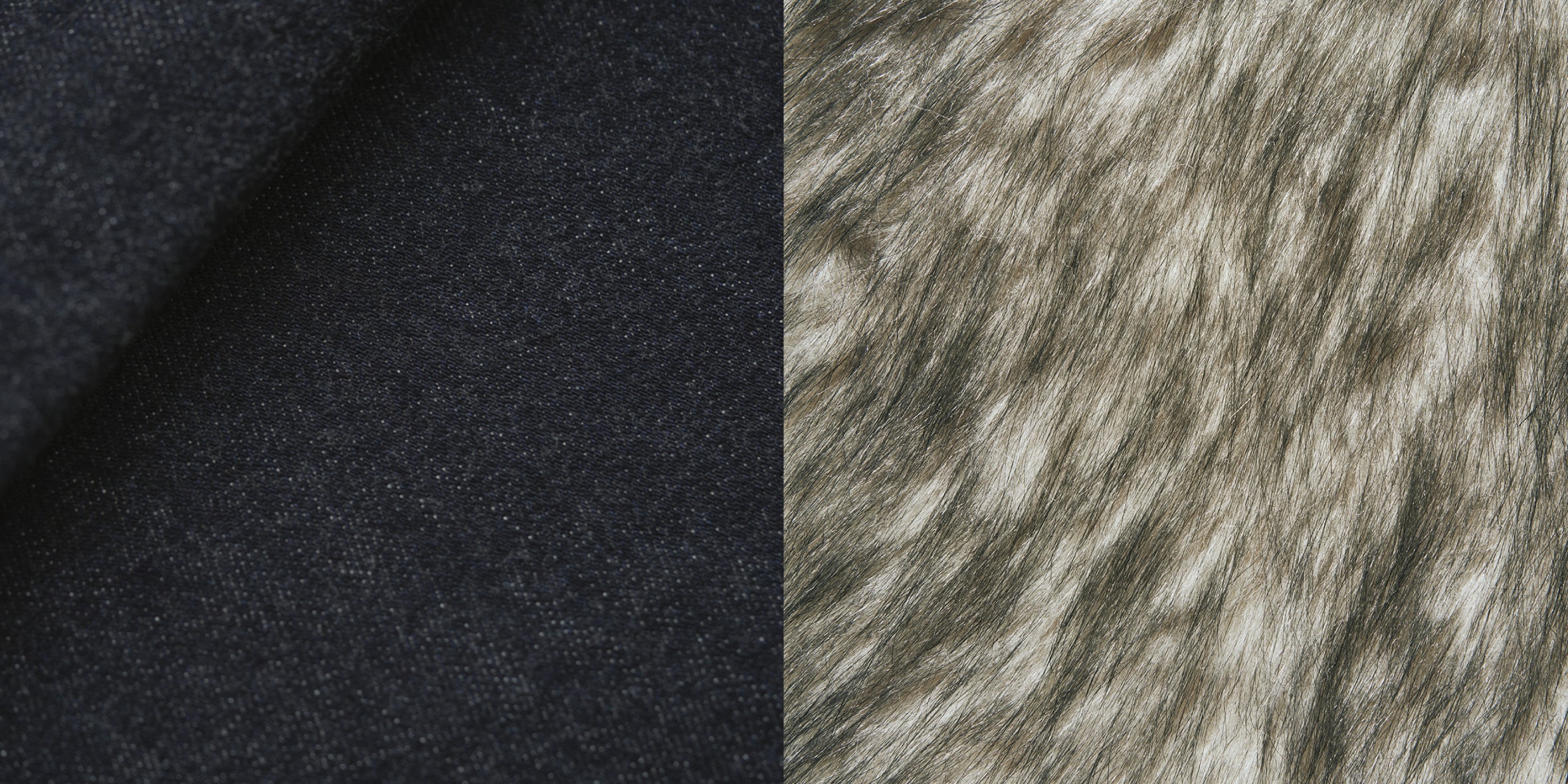 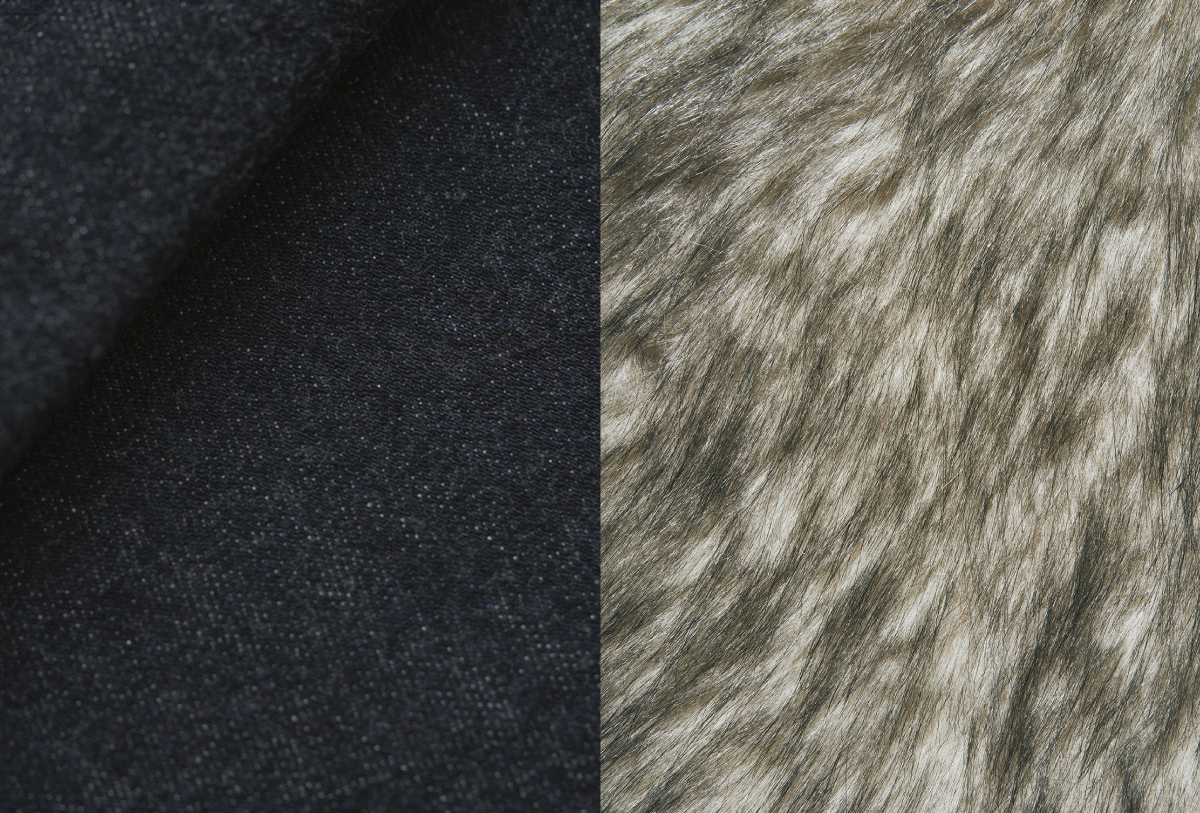 Spiber was founded on this mission: to contribute to sustainable well-being. Put another way, our ultimate aim is to help create sustainable happiness for all humanity. As a company, we work to achieve this goal through the design, development, and propagation of next-generation materials and accompanying circularity solutions, thereby maximizing the role we play in shifting the global economy towards a more circular and renewable state.

One of our current areas of focus is the apparel and fashion industry. The cultural role that apparel and fashion play in society makes them important channels for people to express individuality, values, and personal image. On the other hand, this industry is said to account for the second largest amount of economic activity in the world, and its negative impact on human rights and the environment has recently come under close scrutiny.

While the apparel and fashion industry will undoubtedly play an increasingly important role in building a more personalized, creative society that respects individuality and embraces diverse values, its transition to a circular economic structure nevertheless remains imperative. The most recent forecasts predict that the global population will exceed 8.5 billion people by 2030. If the Paris Agreement is to be fulfilled, one out of every five pieces of clothing would need to be part of a recycling-oriented circular business model by that time. For this and other reasons, the fashion industry is being pressed to transform its structure across the supply chain with the help of technological innovation.

One specific proposal for reaching this goal is Biosphere Circulation, in which materials from the biosphere (such as sugars and proteins) are incorporated into industry. This approach would lead to an integrated ecosystem, uninhibited by the barriers that traditionally exist between the natural and industrial worlds.

From cotton and hemp to cashmere and silk, nature abounds with examples of diverse and fascinating materials. However, there are unavoidable costs associated with recovering and recycling products made from these materials once they reach the end of their life cycles. Until now, it has been infeasible from a business perspective to add value to recycled clothing—that is, to upcycle it—in a sustainable manner, resulting in many of these potential “resources” being disposed of in landfills or through incineration.

Brewed Protein is the key to overcoming this barrier. For 15 years, we have been examining all aspects of biospheric materials: from establishing core technologies to designing diverse and attractive materials, to the impact these materials have on the global environment during their life cycle, to the creation of a resource circulation system. Our technological foundation, with microbial fermentation (brewing) at its core, will pave the way for a variety of biomaterials to be upcycled, ushering in a new era where we can free ourselves from the concept of waste and truly become a recycling-oriented society. 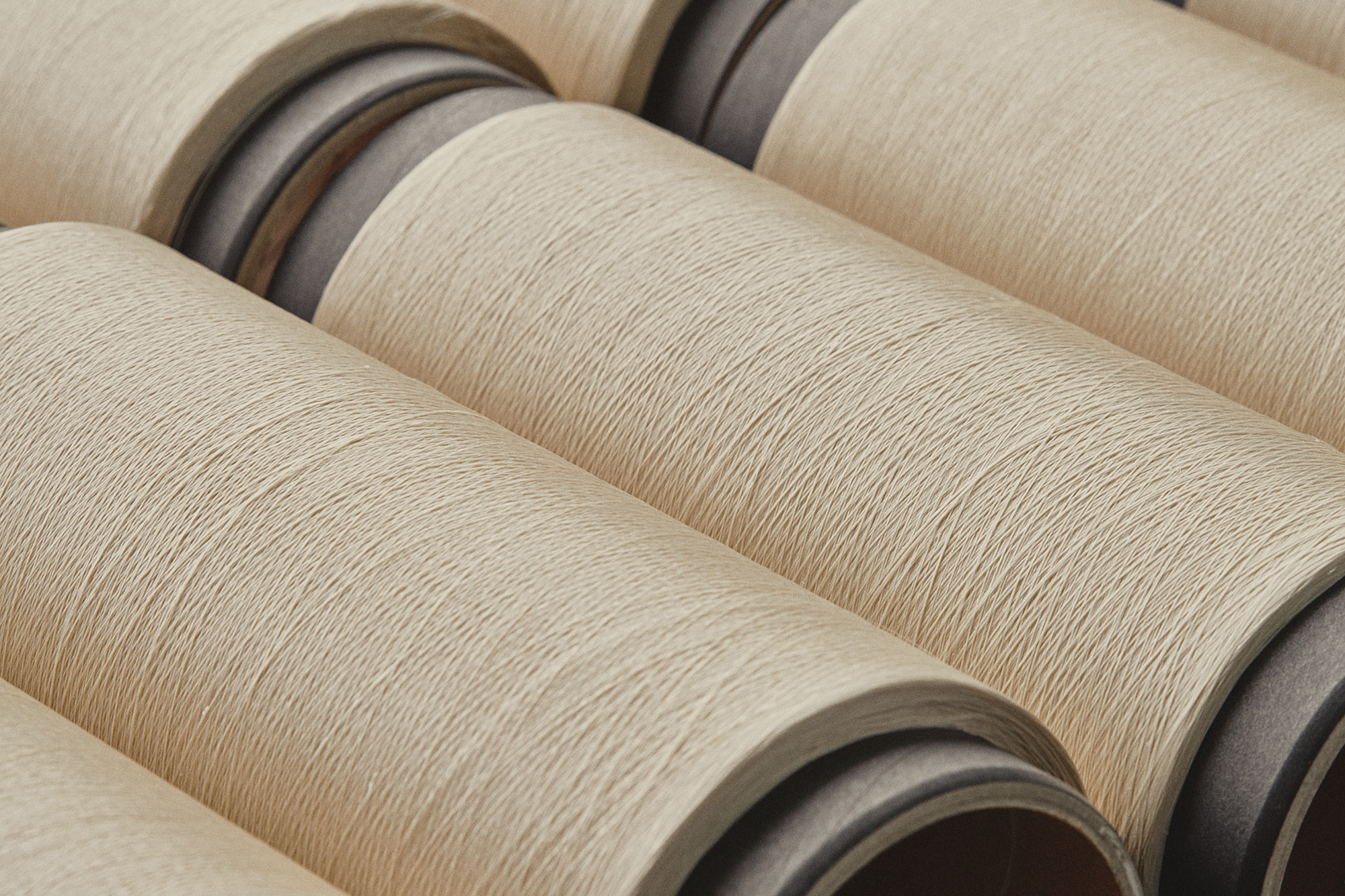 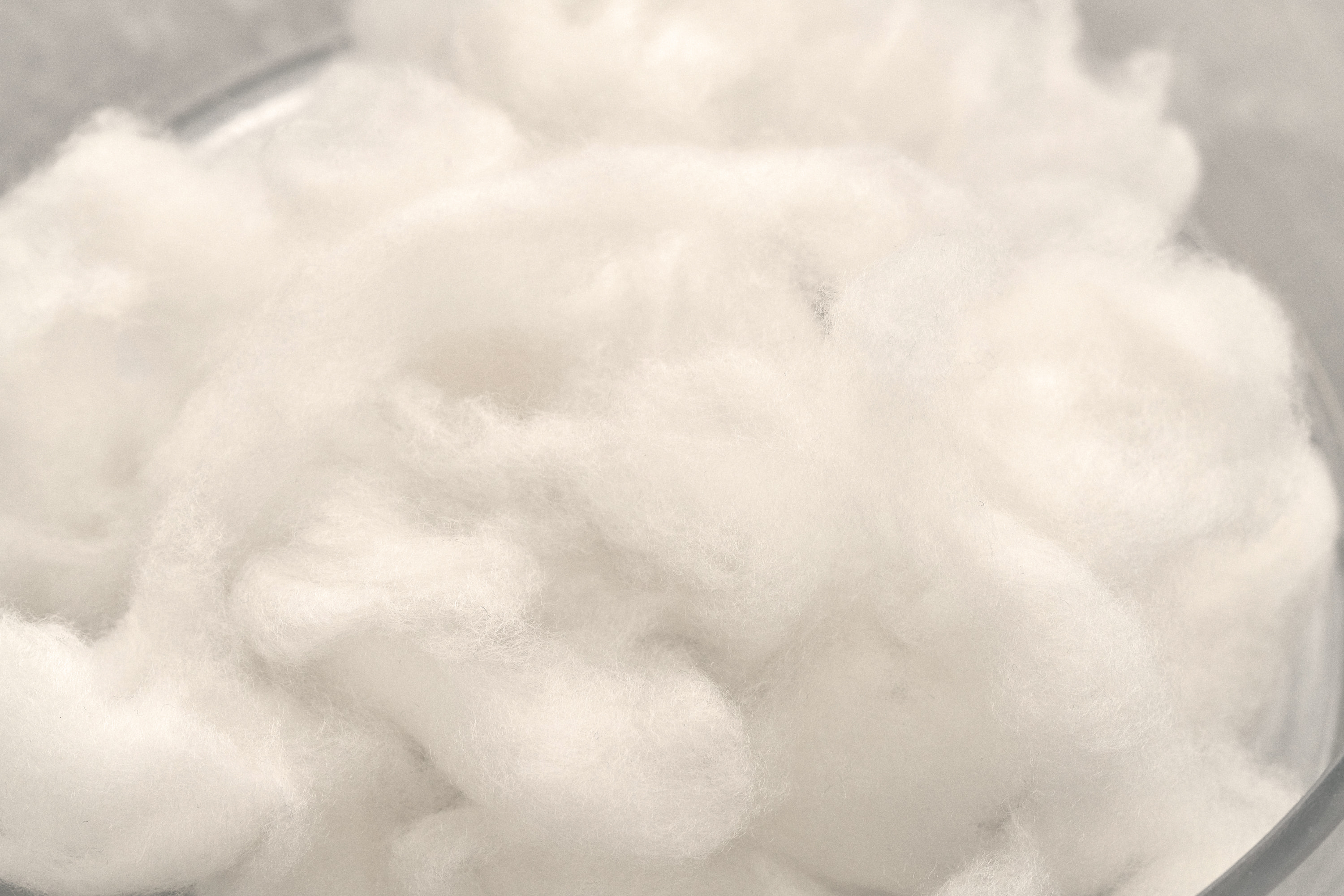 Staple fiber
Brewed Protein filaments that are cut into short, discrete lengths. The texture of the final material is greatly dependent on the fiber porosity and degree of twisting or entanglement of the staple fibers. 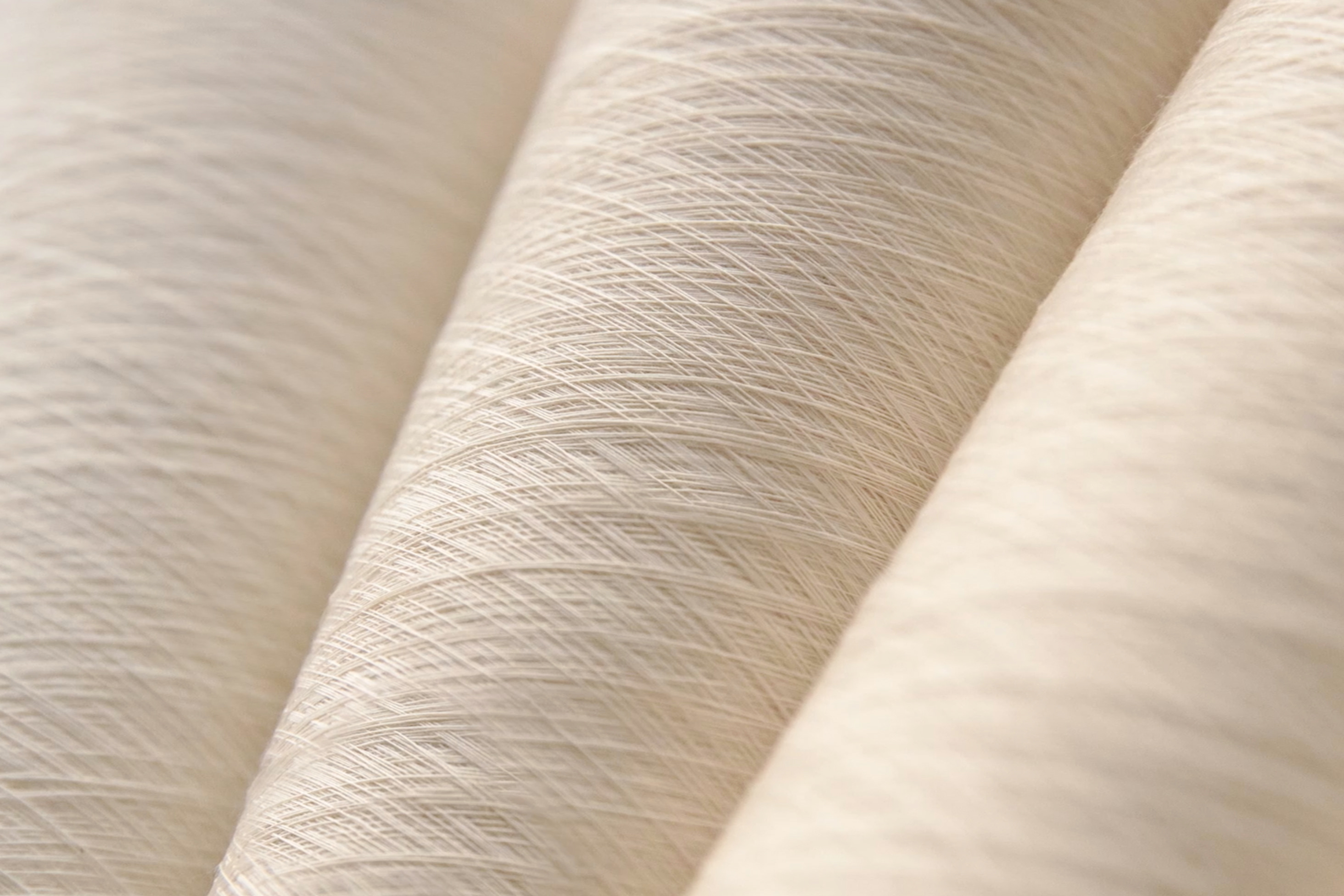 Spun yarn
Staple fibers that have been spun into yarn. By altering the protein content and diameter of the fiber, the feel of the yarn can be controlled, allowing for luxurious smoothness or a more bulky, fleece-like touch. 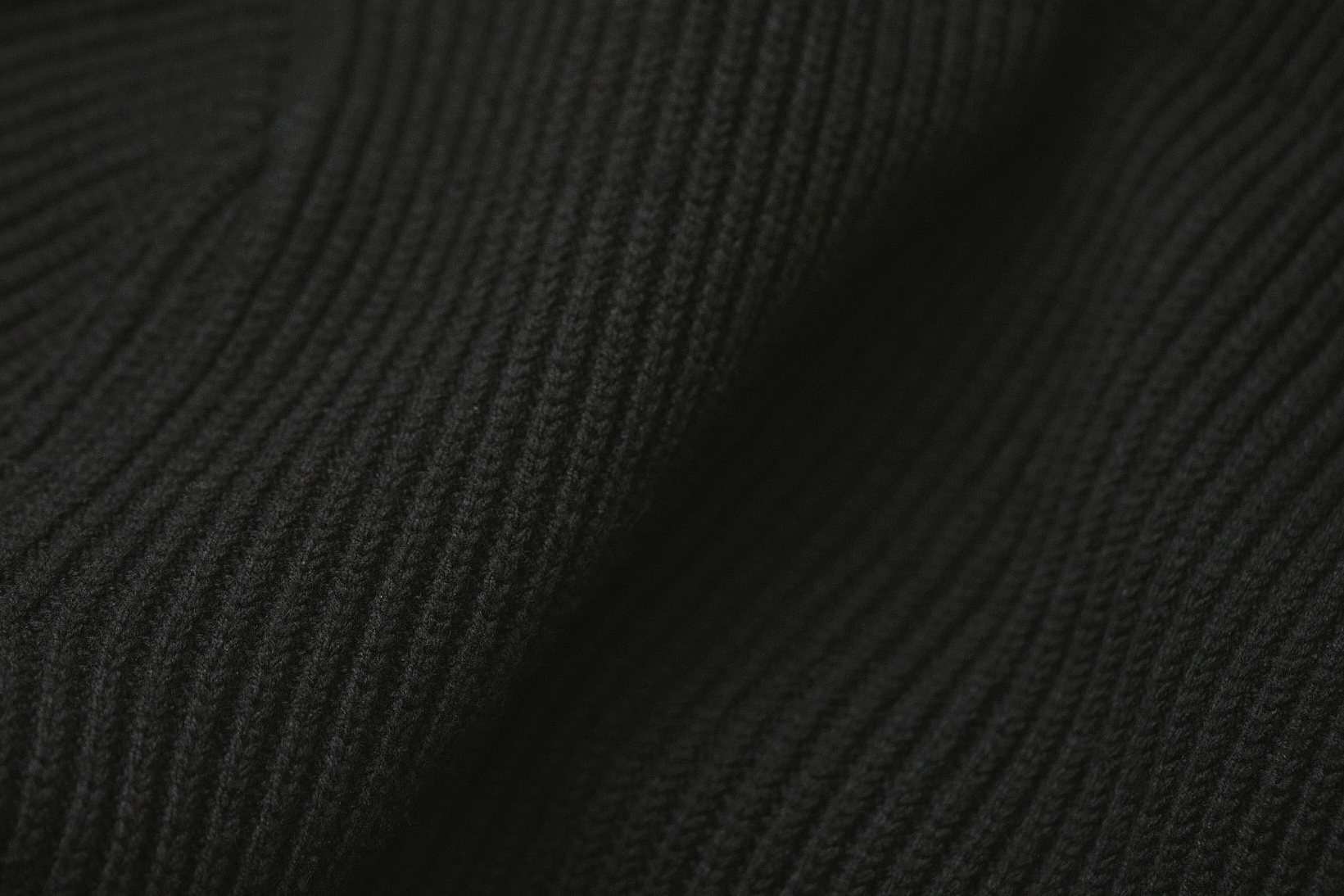 Knit fabric
Knit fabrics made from filament or spun yarn. A variety of knit fabrics suitable for different uses and seasons can be made, including jersey or fleece used for T-shirts, hoodies, or bulky sweaters, providing a soft, comfortable texture. 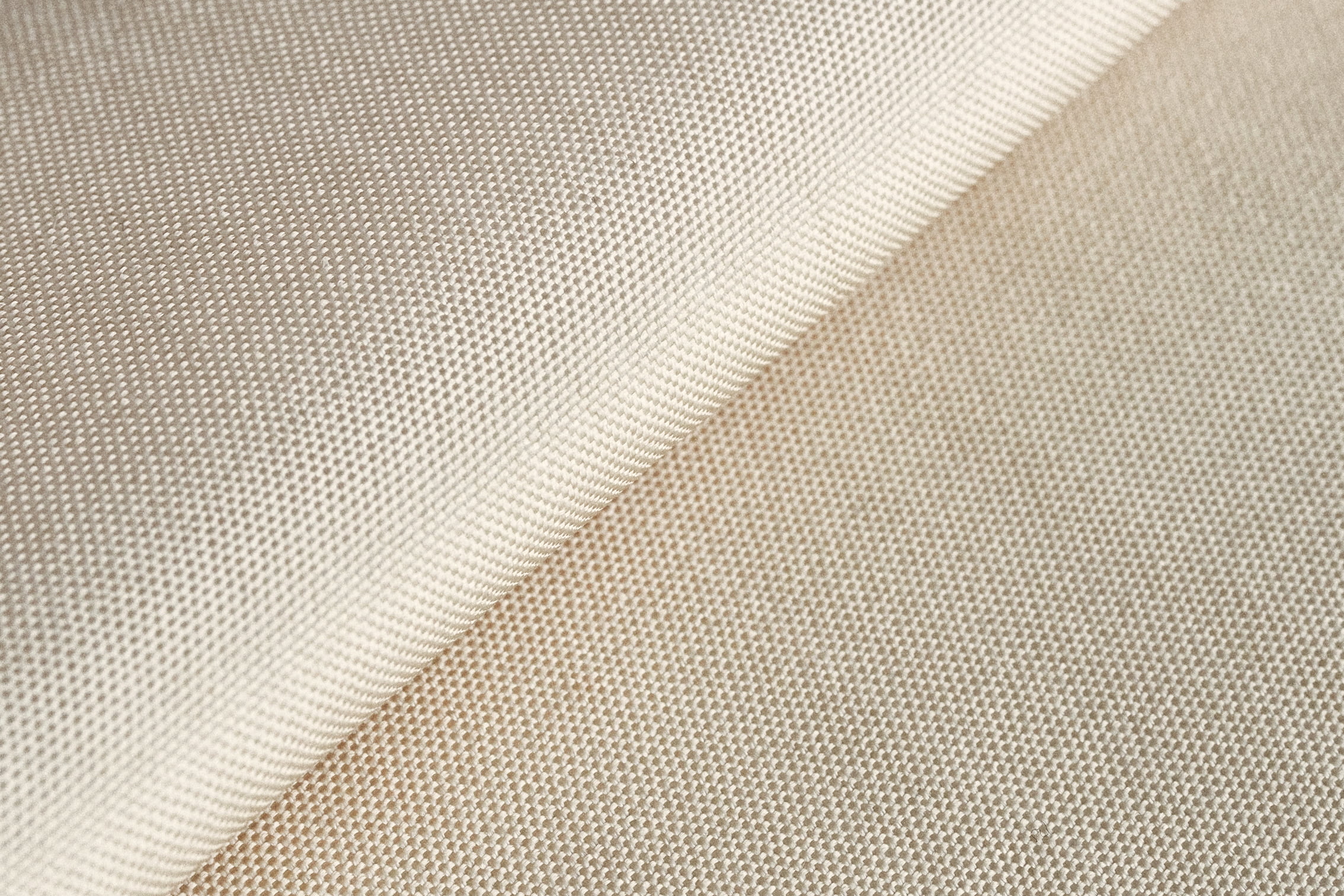 Woven fabric
Woven fabrics developed through weaving filament or spun yarns. By blending multiple materials or changing the weave structure and processing method, fabrics suitable for different uses and seasons can be made, from thin, tightly woven textiles to thick, insulative woolen ones. 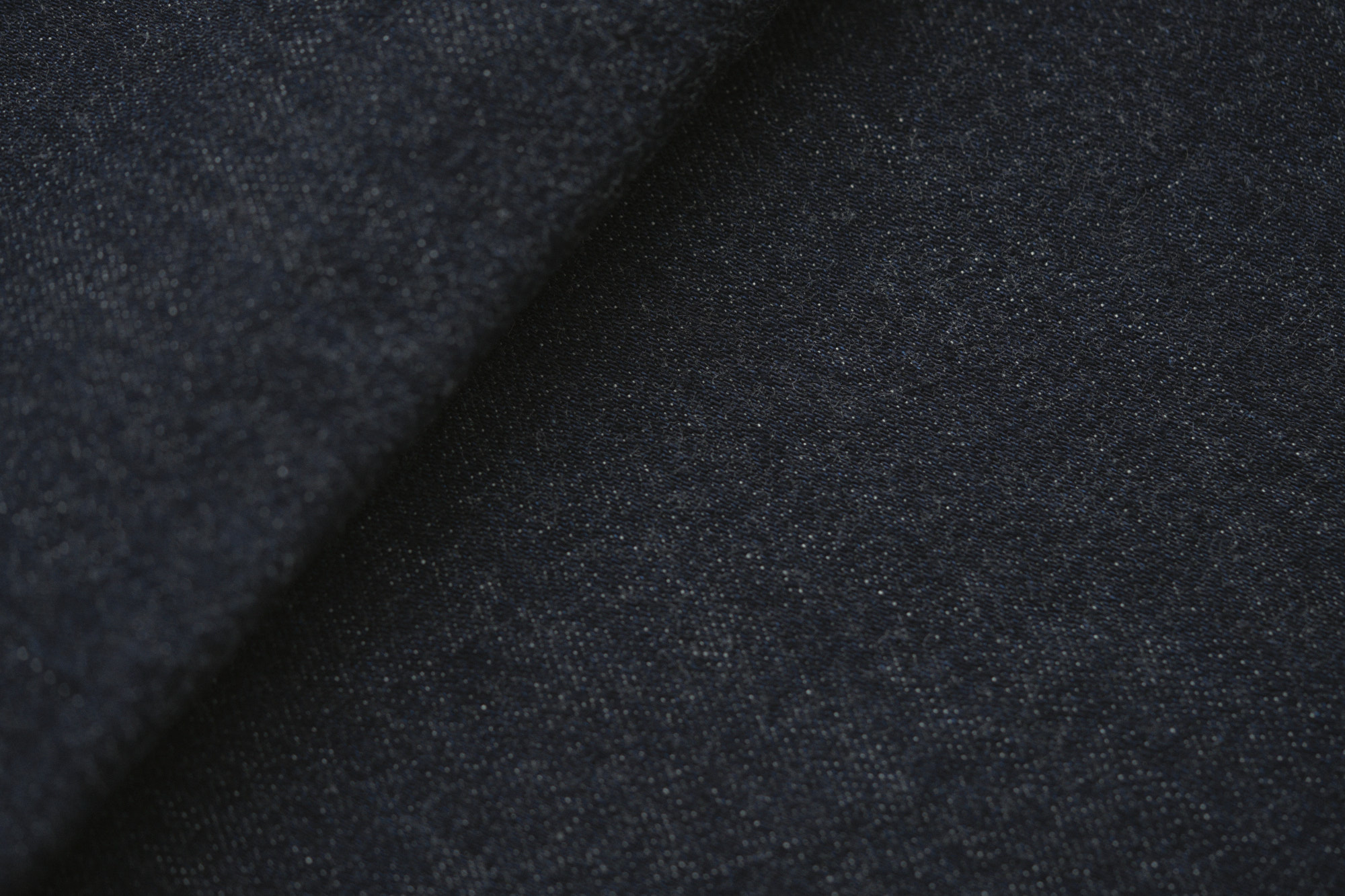 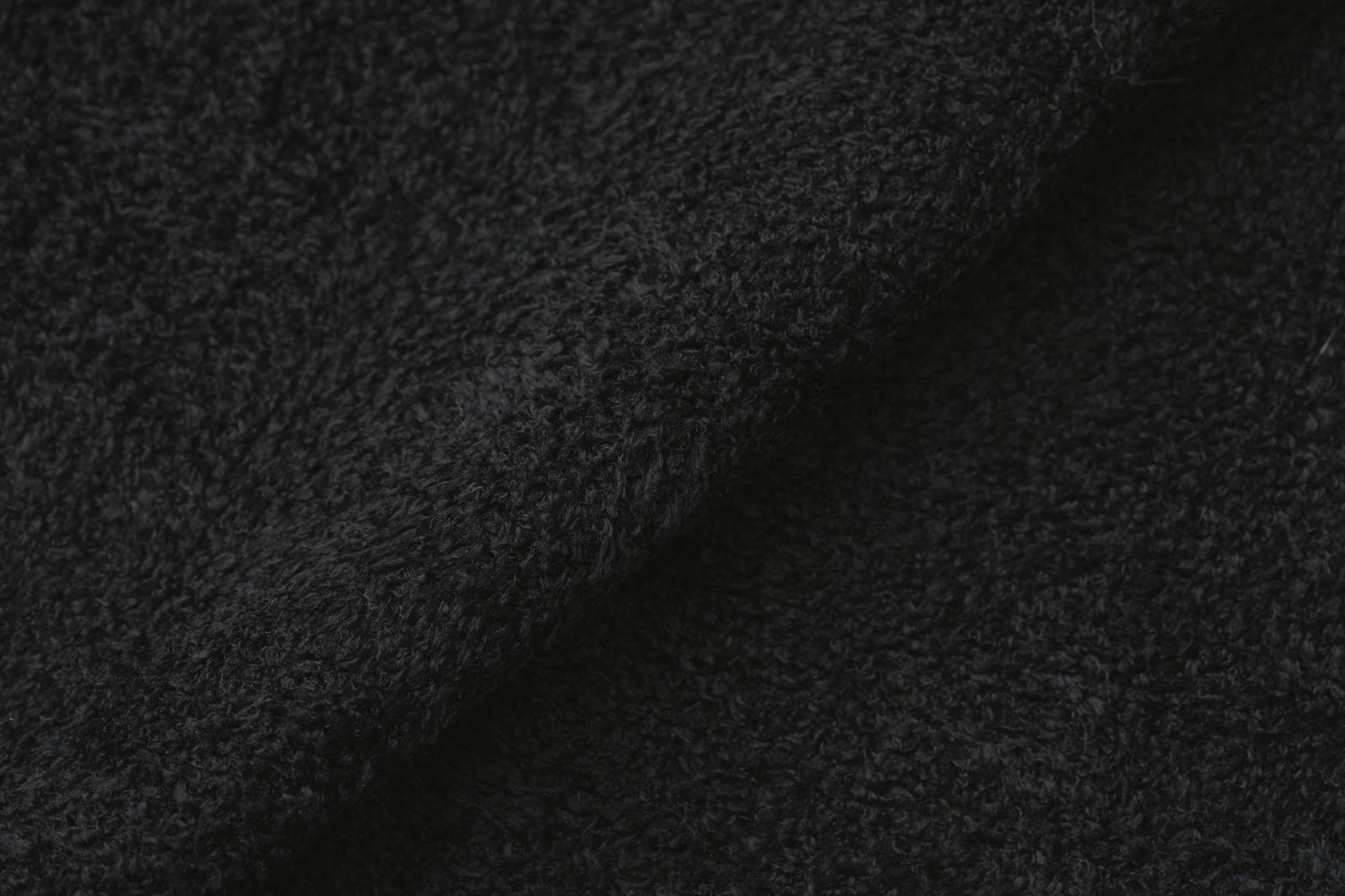 Fleece
Knitted fabric partially made from Brewed Protein fibers. The soft, fluffy texture of our fleece is achieved by processing the surface of the fabric. Our materials serve as a potential alternative to synthetic fibers that release microplastics, an issue that has become increasingly pressing in recent years. 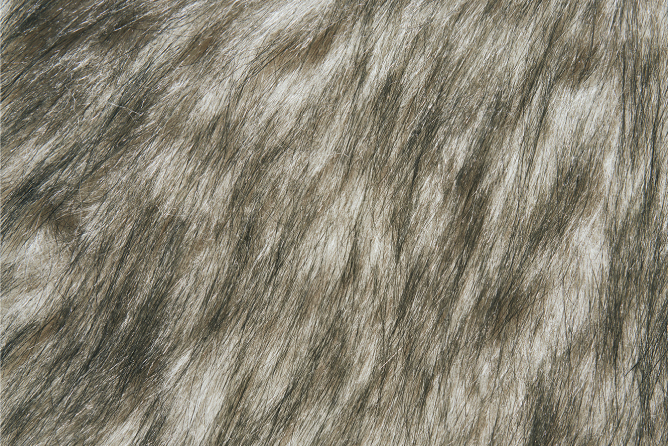 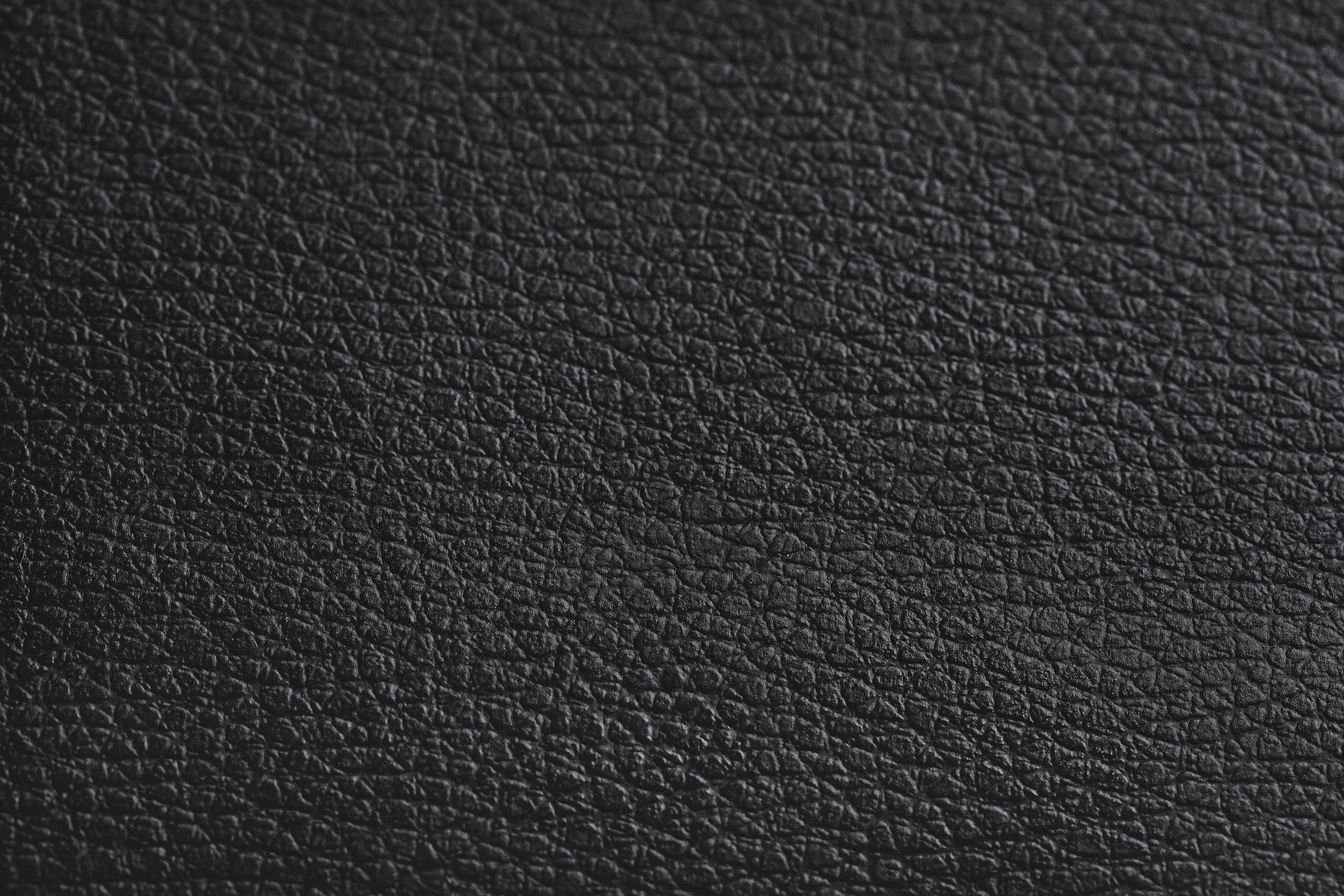 Leather alternative
Brewed Protein polymer that has been processed into a leather-like material. By modifying the surface treatment and interior structure of the material, a new range of tactile experiences—unlike natural animal-based or synthetic petroleum-based leather—can be unlocked. 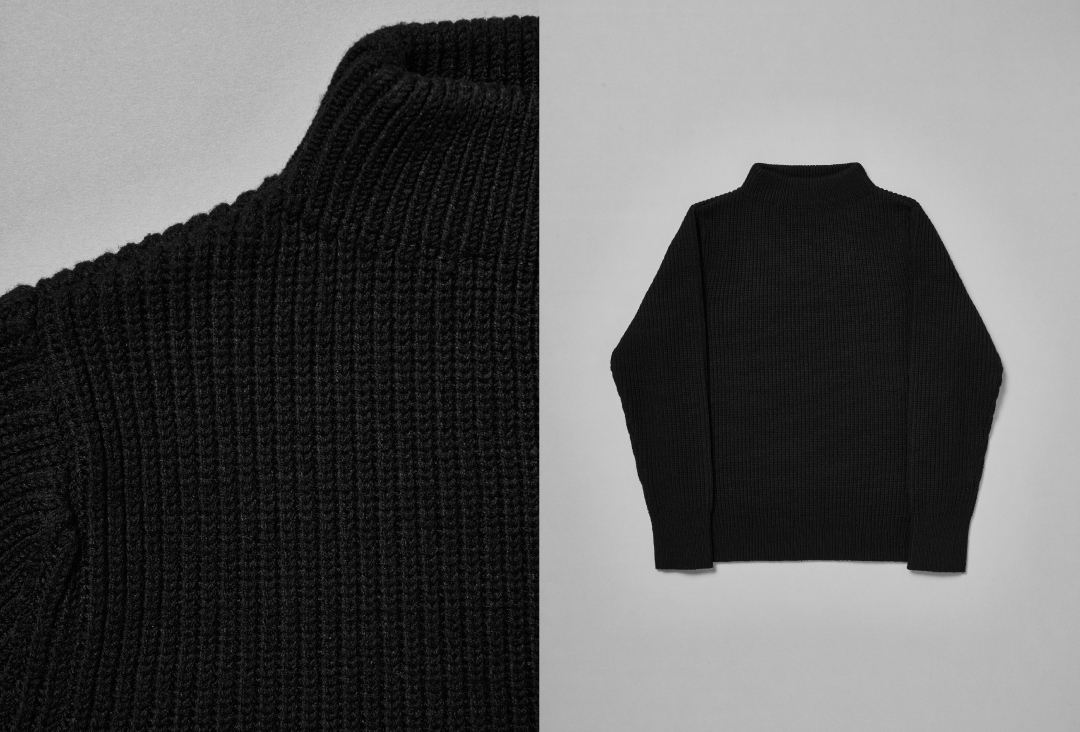 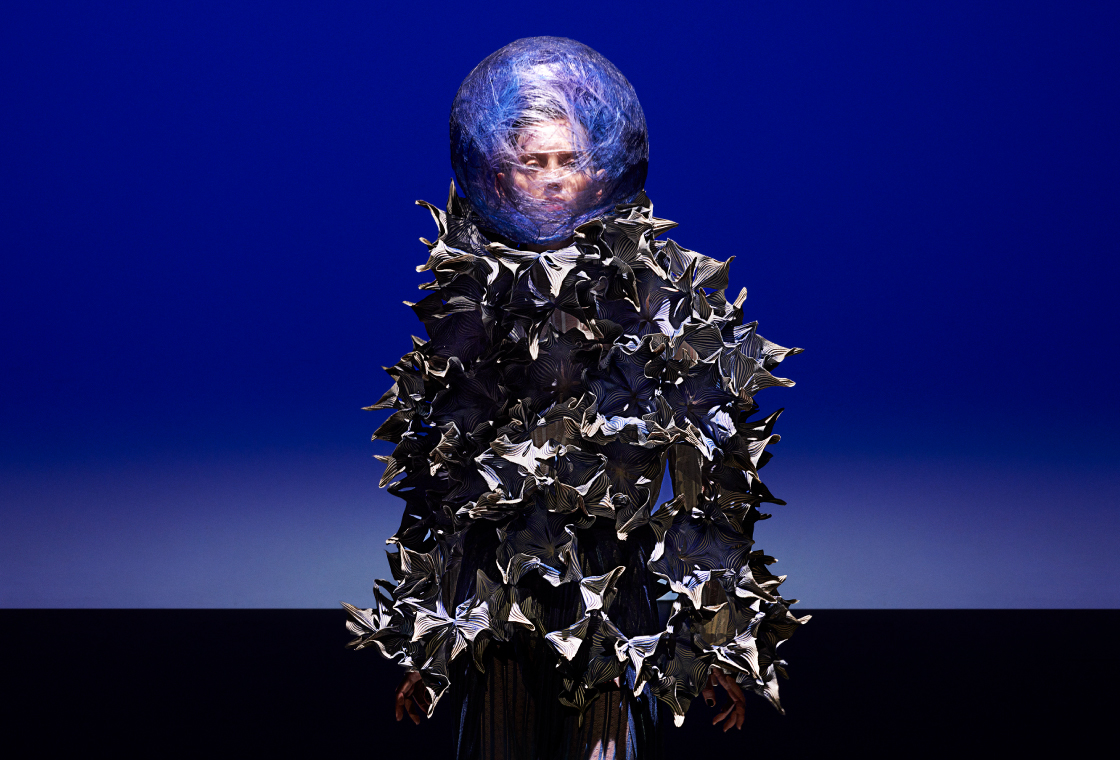 YUIMA NAKAZATO presented its Autumn/Winter couture collection “EVOKE” at Haute Couture Week in Paris via video presentation. EVOKE is the fourth collection since 2019 to feature Brewed Protein materials. For this collection, Yuima has created a diverse, mystical look based on the theme of visualising sound.
-> Learn more 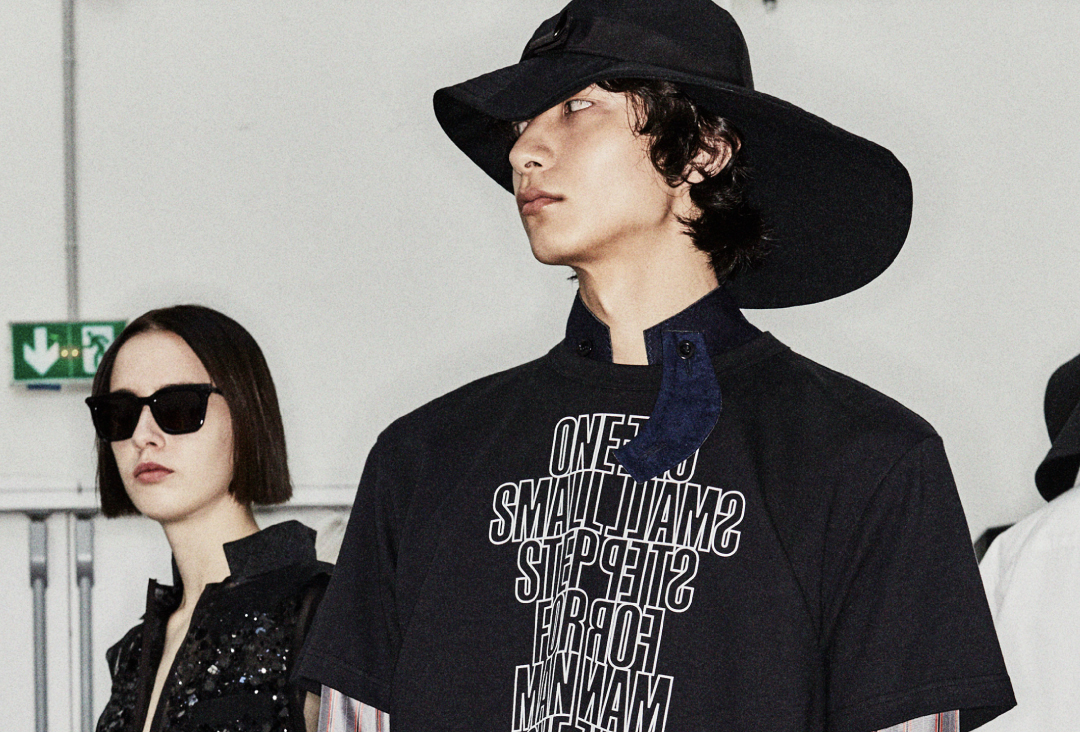 With graphics by Fabien Baron, this collaboration with sacai pays homage to the brand’s legendary hybridity.
-> Learn more 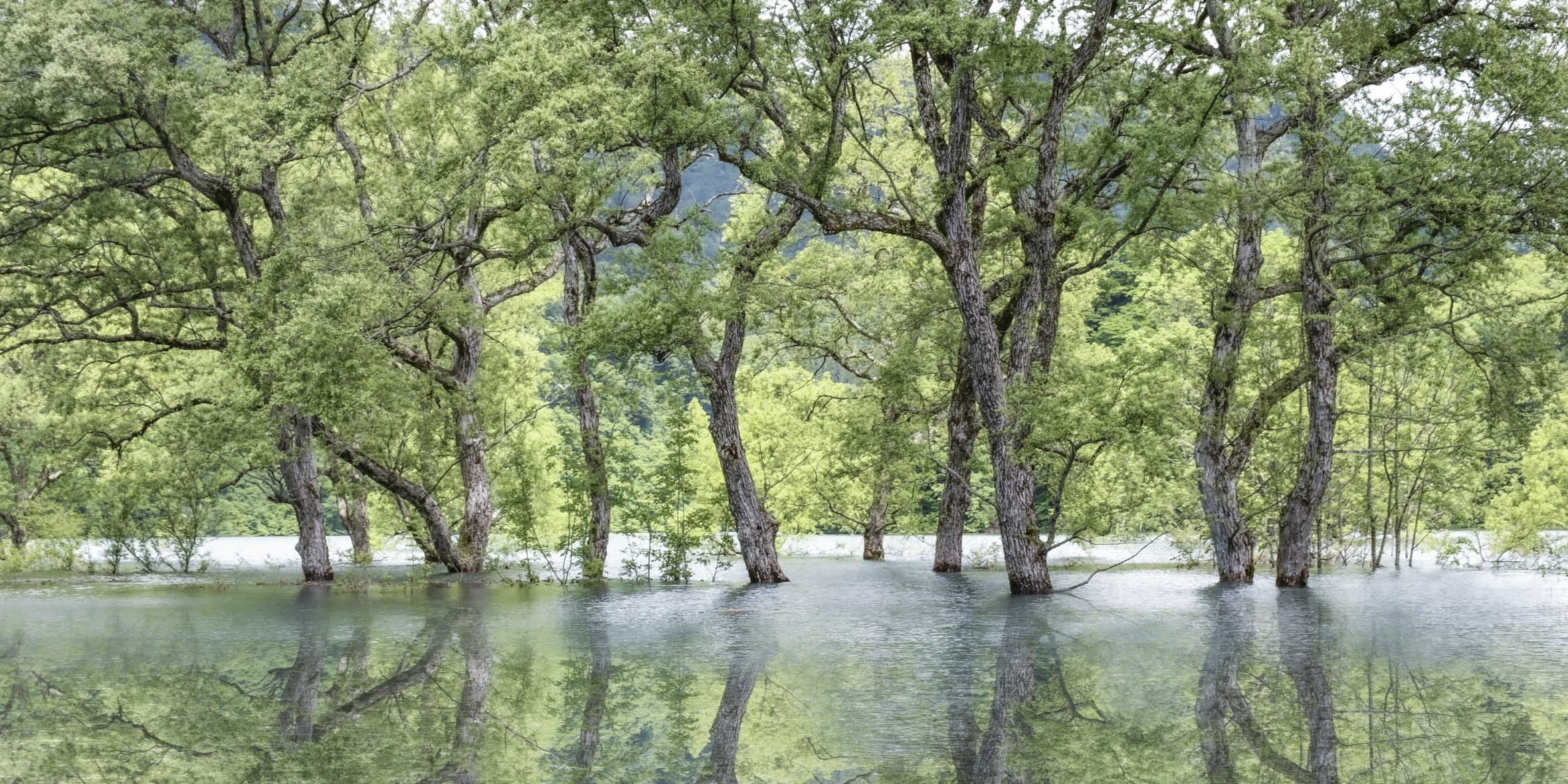 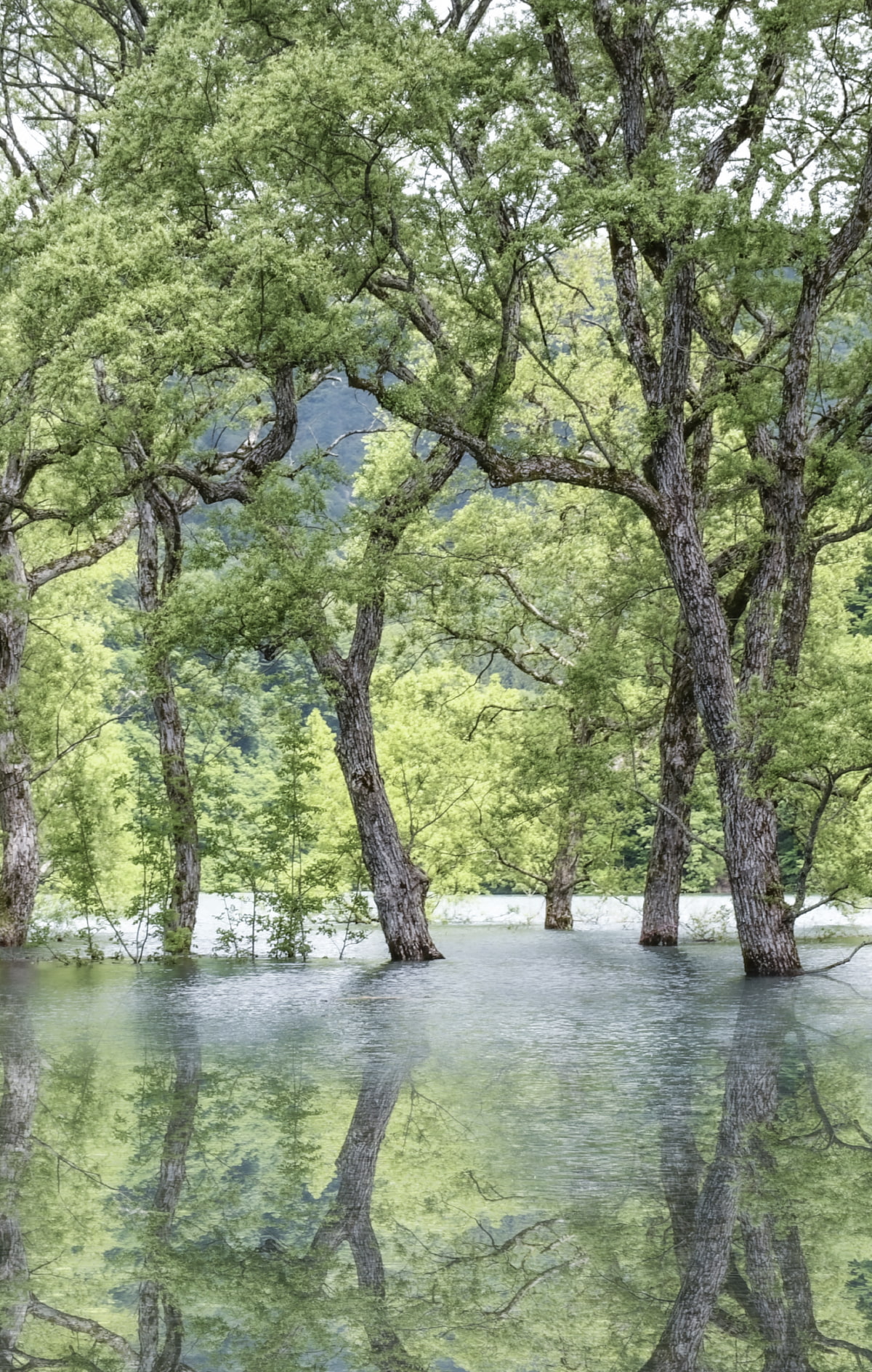 Protein as a new material platform

Proteins are polymers made from various combinations of the 20 natural amino acids. These amino acids each have their own unique properties, and link together to form chains varying in length from just a few dozen all the way up to several thousand. Hair, skin, nails, muscles, insulin, and antibodies are all primarily made up of proteins and demonstrate noticeable differences in appearance, characteristics, and functions. Tens of thousands of different proteins exist in the human body, each with distinct compositions and amino acid sequences. Thus, the word “protein” encapsulates an enormous diversity of features and performance—a diversity that inspires us to think of proteins as a “material platform.”

If we take the 20 types of amino acids and calculate how many sequences of length 100 are possible, the result would be 20 to the power of 100. The number of atoms in the entire universe is estimated to be somewhere around the order of 10 to the power of 80, meaning the potential number of sequences a mere 100 amino acids in length already surpasses the total number of atoms in the universe by over 20 digits.

Against the background of this immense potential, the amino acid patterns underlying past and present life on Earth represent a tiny fraction of the total number of theoretical combinations. There are an enormous amount of unknown proteins not found in nature but which could result in incredible materials if adopted for industrial use. How, then, can humanity go about unlocking this untapped treasure?

We believe that the answer lies in the process of evolution, one of the most creative and innovative systems found in the biological world. Evolution happens when a variation occurs in an organism’s genetic information (that is, its DNA), overriding information that encodes a protein’s amino acid sequence. The resulting new protein gives the organism an advantageous new material, ability, or mechanism which is preferentially selected for by natural selection, allowing the organism to proliferate more than its counterparts which lack the variation.

In the natural world, modifying genetic information risks losing an existing material, function, or mechanism that an organism needs to survive. Accordingly, such modifications need to happen slowly and carefully, little by little, over a long period of time. In the lab, however, information science techniques allow for bold and large-scale genetic modifications that let us strategically design materials that exhibit particular characteristics. Based on this methodology, Spiber has established the keystone technologies for replicating the process of protein evolution—which requires millions of years in nature—in the laboratory, where it can be achieved in a matter of years or even months. We also develop microbial strains capable of producing our proteins in a highly energy-efficient manner, while utilizing sustainably-sourced plant-derived feedstock to lower environmental impact and cost.

Spiber pursues these research and development initiatives as part of our core endeavor to master the use of proteins as an industrial material platform. By harnessing the hidden potential of proteins, we hope to offer one piece of the puzzle needed to accelerate humanity’s shift towards a more sustainable society.

The development, production, and evolution
of Brewed Protein™ materials

1. Learn
Natural materials and genetic information are collected, analyzed, and put into a database

2. Design
DNA and amino acids sequences are designed and synthesized to achieve desired characteristics and functionality

4. Process
Brewed Protein polymer is extracted and purified before being processed into various materials such as fiber, resin, and film

5. Evolve
Data gathered throughout each step informs subsequent development cycles, speeding up the evolution of our materials and processes 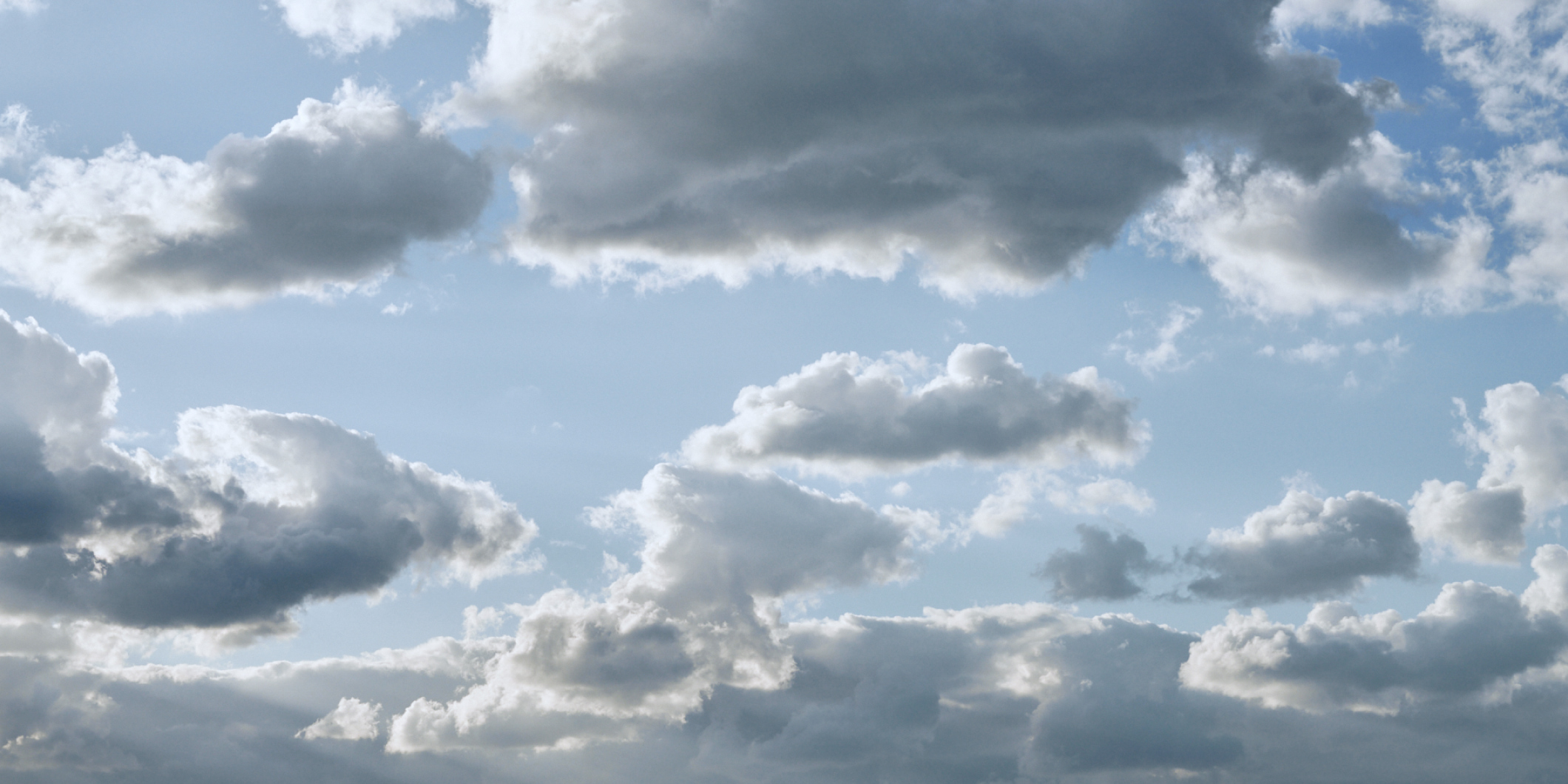 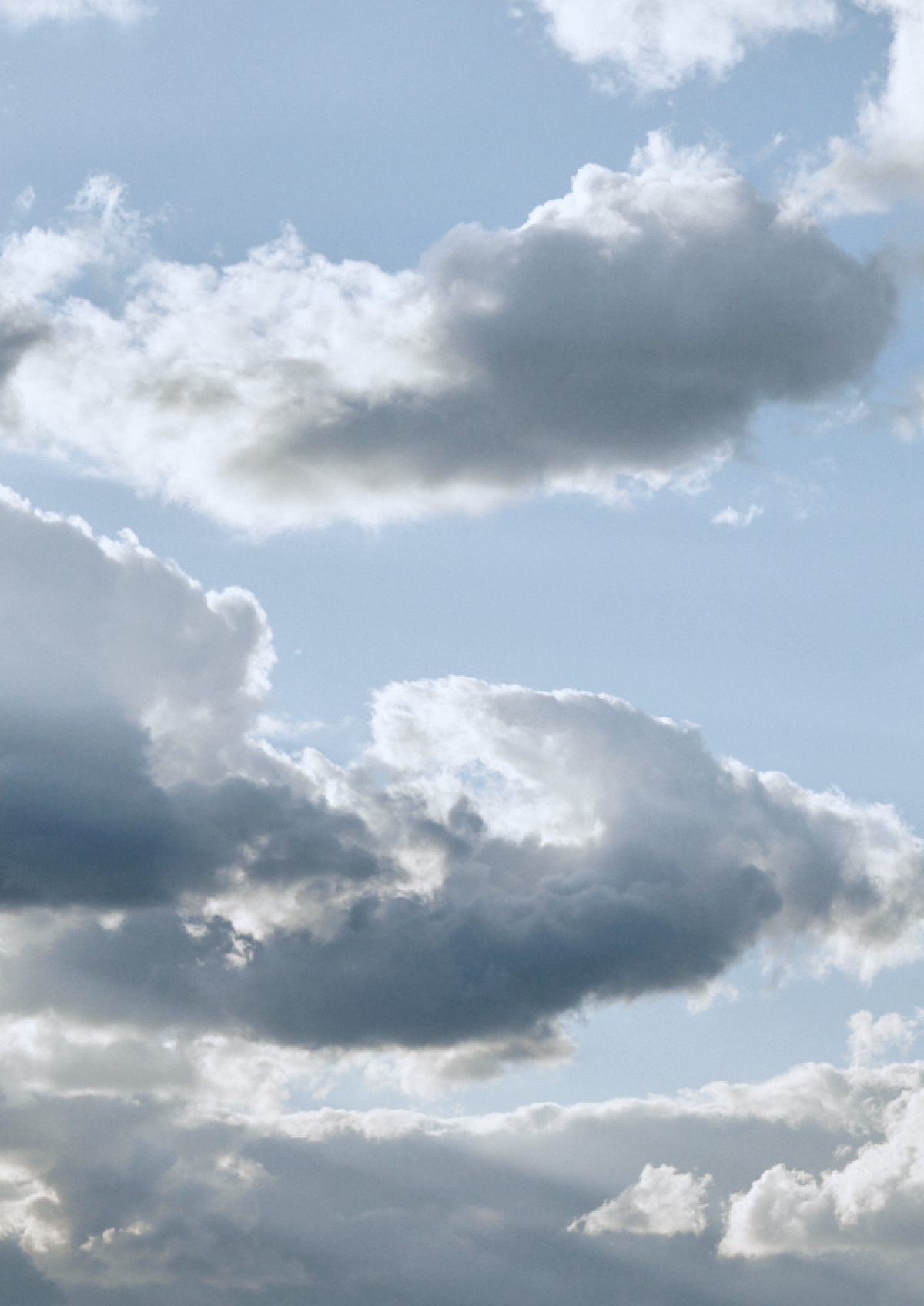 Spiber uses sugars obtained from agricultural products such as sugarcane and corn as the main feedstock for the production of Brewed Protein materials. We believe it is our responsibility to ensure that these agricultural supply chains are rooted in sustainable practices. Accordingly, in addition to procuring sugar from certified suppliers, we also implement additional sustainable agriculture practices based on regional priorities identified through collaboration with our suppliers and NGOs.

Bonsucro is the leading NGO administrator of Voluntary Sustainability Standards (VSS) in the sugarcane industry. It defines standards for environmental and socioeconomic sustainability relevant to sugarcane growing and processing, and provides sugar mills that adhere to these standards with Bonsucro certification. Spiber is a member of the Bonsucro platform, and all Brewed Protein polymers produced at our Thai Plant are made from Bonsucro-certified sugar.

The Brewed Protein polymer we will be producing in the US in partnership with ADM will be made from corn grown locally in the Midwestern United States. Research has shown that significant soil degradation has occurred due to decades of intensive agriculture in this region, resulting in various environmental issues related to topsoil loss and eutrophication.

To overcome these issues and start restoring the health of the soil used to grow our feedstock, we intend to implement a multi-phase plan of sustainable agriculture practices together with our glucose supplier ADM, agronomists from local NGOs, and corn growers willing to implement regenerative farming practices. The first of these phases includes the sourcing of corn from farmers who implement cover crops. Future phases of our sustainable agriculture plans in the US will include practices to efficiently reduce fertilizer usage and support biodiversity and wildlife.

Although our current land use footprint is still extremely small, we recognize the need to eventually move beyond raw materials derived from edible biomass, especially as our production capacity grows over the next few decades. To facilitate this transition, we are investing in R&D efforts related to the utilization of agricultural by-products and waste. Bagasse, for example, is the dry pulpy fibrous material that remains after crushing sugarcane. By adopting improved technologies for processing bagasse into fermentable sugars and engineering our microbial cell factories to fully utilize these sugars, we are actively working to efficiently turn this residual material into Brewed Protein polymers. Spiber aims to eventually derive 100% of its sugar feedstocks from alternative sources that do not rely on edible biomass or land otherwise used for food crops. 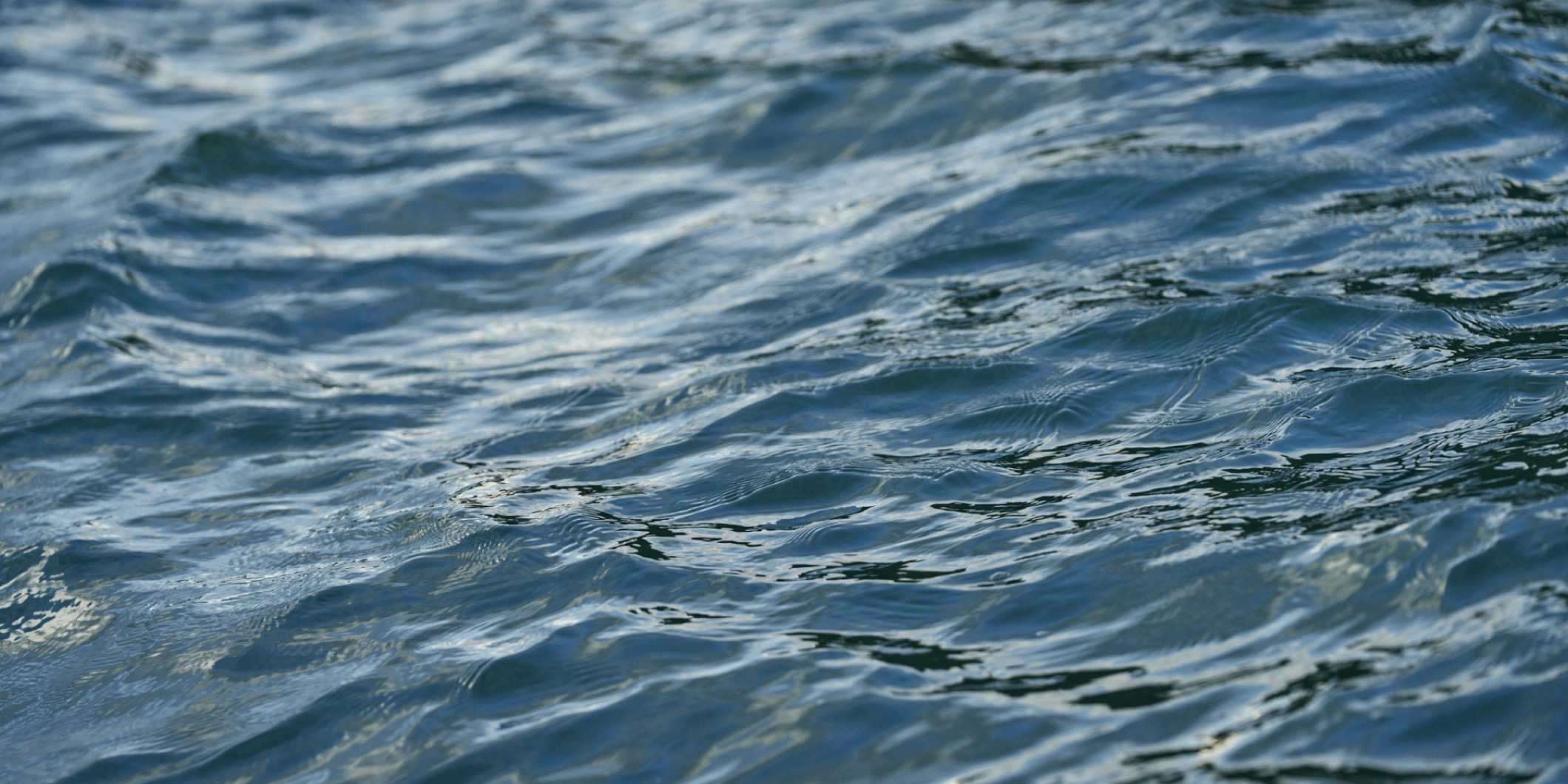 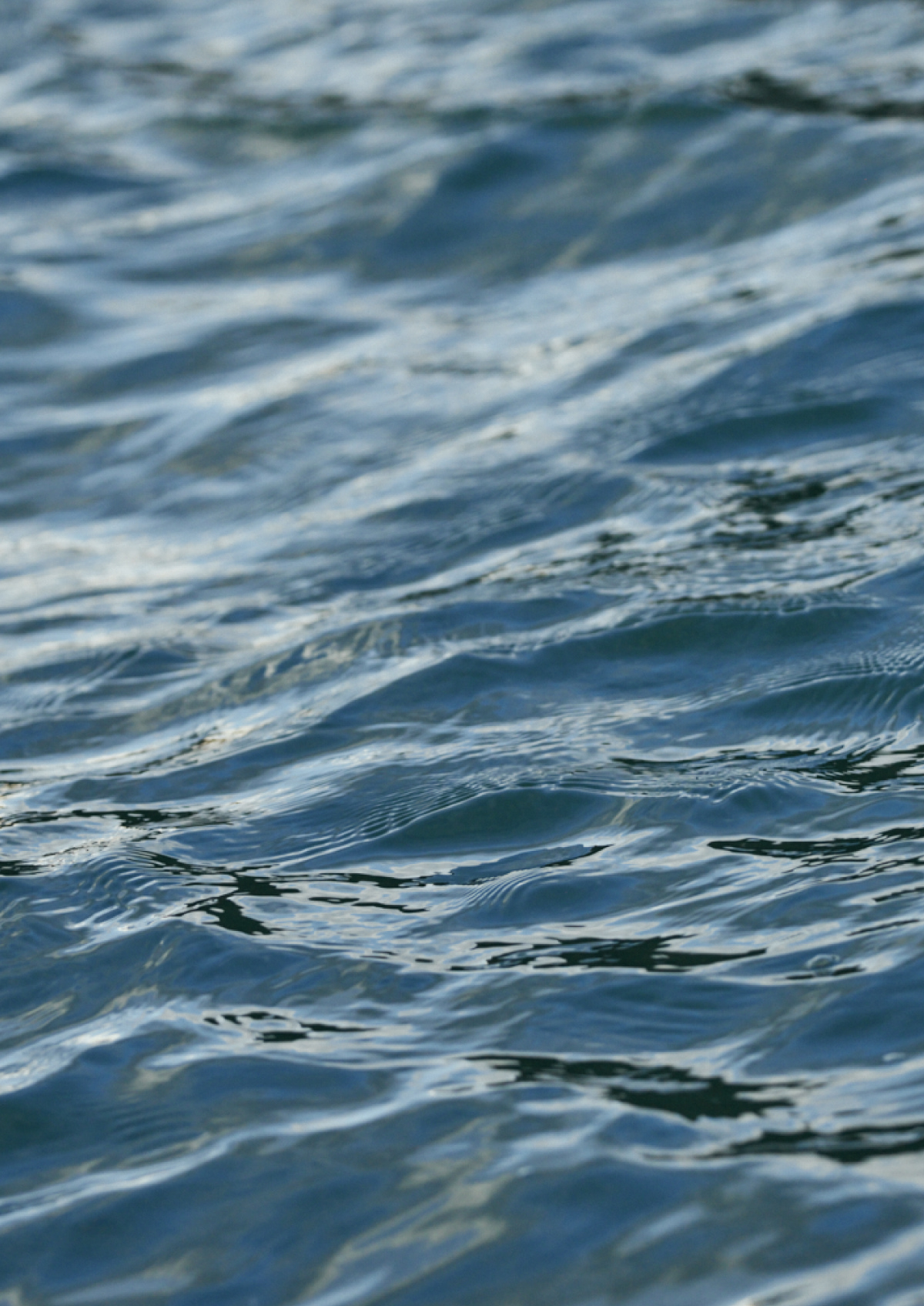 After over ten years of research and development, Spiber is finally ready to move into global commercial production. However, our mission to contribute to society will only bear fruit if we can guarantee that our entire supply chain upholds the highest standards of transparency, traceability, and accountability. Through our Sustainable Sourcing Policy, we are working to share our vision of creating a supply chain rooted in respect for the environment and human rights with our upstream suppliers. Furthermore, to truly act as a unified force with our value chain towards achieving this vision, we need a system for holistically detecting and remedying issues at every step. To this end, we are preparing to implement an anonymous grievance mechanism for individuals affected by our business, such as workers at upstream suppliers and stakeholders in local communities.

The amount of energy we use for production of Brewed Protein materials and the way we procure that energy are the key factors that determine the carbon footprint of our materials. Rather than simply enabling ourselves to make environmental claims regarding the use of renewable energy by purchasing Renewable Energy Credits, we believe it is important that we aim to make clear and direct contributions to the development and generation of additional renewable energy, so that the net increase of global fossil fuel usage caused by our business activities can be kept below zero.